Click the picture below to see a gallery of some of the flowers we grew outside this year.

I am now just getting around to including this picture. My Hoya (Wax Plant) bloomed around the end of July. The plant is a few years old and this was its first and only bloom. Hoyas are in the Asclepiad family, which also include common Milkweed and Butterfly flower, Ceropegia (Rosary Vine), and assorted Stapeliads, commonly known as the stinky flowered "Starfish Cactuses" or "Carrion Plant." Carion-scented flowers (we had one last year, alas, the plant died) attract flies which polinate the flowers. My Hoya, however, was far from stinky, in fact it smelled like sweet chocolate! I wonder what that is supposed to attract...women? 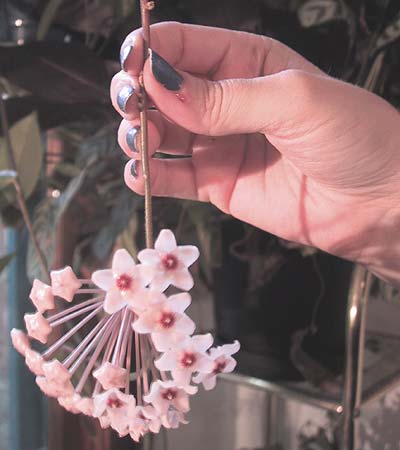 Turquoise is one of the few colors not found in plant matter or food. Wonder why that is. 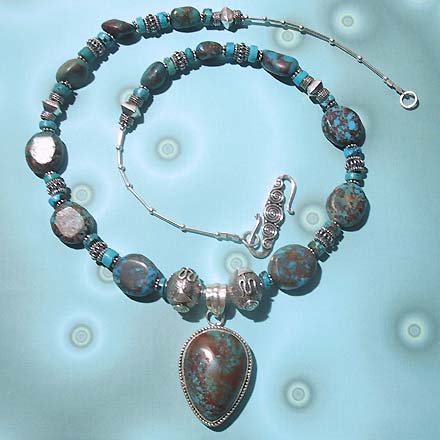 I think a healthy dose of superstition is sorely lacking in our modern society--and I say this as someone who does not subscribe to religion or its vices! But case in point, and I address this to those in charge of naming hurricanes: Look, you just don't go around naming hurricaines with a name that stirs up images of horror! I know there aren't that many "I" names to go around, but if you would've just called the thing "Ian" for example, it would've wimped out in polite British fashion. A hurricane named Ivan. No one would've thought of doing such a fool thing 400 years ago. Whoever had this brainchild should lose their job.

Herbal headache cure. Green is the color. Soothing green, minty Pink Floyd. Stan picked it up at a health food store. I applied freely to my head while I rediscovered a band I should've known better all this time. I inhaled it. It came with a roll-on applicator. Fumes of mint, too close to the eyes made me cry, but it was a good cry as it cured my itchy hayfever eyes. It reminds me of Relics, fresh new discovery of old material, how stupid was I to pass this up for the past 20 years? New sounds, old music. Lying on the mattress on the floor next to the piano in Colorado, applying freely to my head. I couldn't listen to Pink Floyd there, but it was in my head, swirling around like fresh minty fumes. I looked at the CDs, purchased right there in Colorado while we were on vacation, and remembered images I saw a long time ago. Touching the ampule, round, metallic, green, and I hear Saucers full of Secrets. Victoria's Secret?

Bath Gel and Body Creme, greyish purple like New England November Skies. Reminds me of grapes, Concord grapes, New England grapes, a complimentary gift for the guests at the Inn. Cabin fever, rain and wind, who goes to an island in November? My perfect fantasy of a small cabin on the sea during hurricaine breezes practically realized, but why am I crying? I do not feel accepted, I feel like an unwanted guest. We are Secrets, known only to the immediate family, and not those estranged. Can't go out to dinner, there are no restaurants open in November, or that's what she'd have us believe. I know better...she didn't want to be seen with us. People would talk. Who were the people you were with? How would she explain that when she is not ready? What about the family resemblence? I had it all planned out "What family resemblence," I would laugh. I had an alibi, it would work perfectly in case anyone asked. She found my website on the internet and inquired if I may design one for her. We got to corresponding and I told her I used to live in New England and would like to travel out there sometimes. She offered me a chance to stay at the Inn in November when there were no guests. November was the only time I could make it anyway. Yes, that's why we were there. I was seeking out my past. But it's ironic it was not my past we were there for. One could go mad living on an island. We leave for the mainland on a beautiful sunny blue day, I sit on top of the ferry. No one else is there. Everyone else on the ferry is inside reading. No one is enjoying the beautiful chilly blue air except me and Stan. We feel free now, no longer chained to some place that didn't really want us. And I never even got to use my alibi. My skin smells like Victoria's Secret Love Spell and my hair smells like the salty air. We get into the van, leave the ferry and we put on Pink Floyd.

I close my eyes and see them, the young men with their potato heads, impenetrable, thick skulls, the young women all they care about is smiley faces and hugs, kisses smiley animated hearts. The older men scowl, the older women frown, happy mommy people and their happy populous family reunions. They cannot hear me or see me, and maybe it's a good thing. But why do I have to see and hear them?